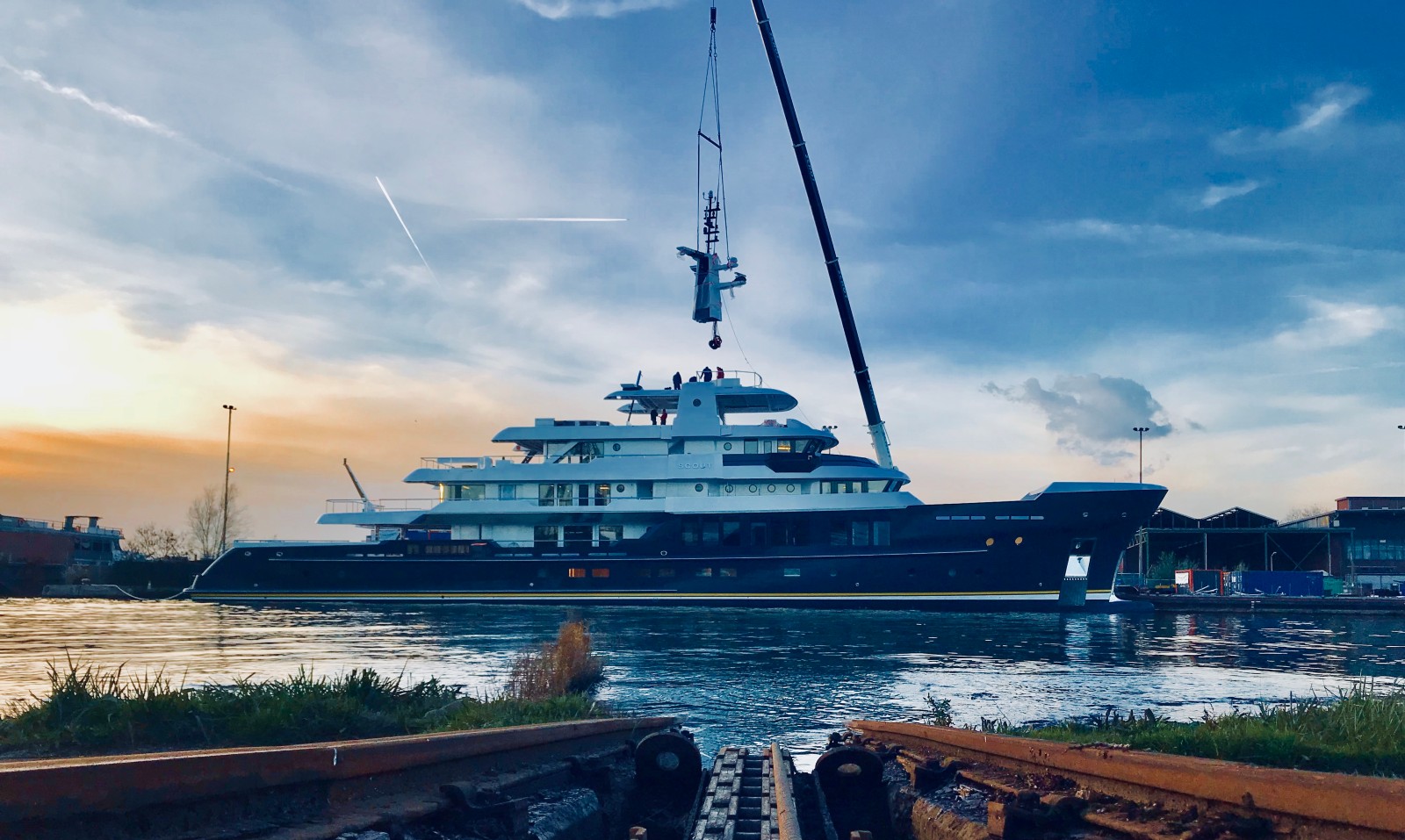 Dutch shipbuilder Hakvoort Shipyard has successfully launched the yard’s largest project to date: the 63.72-metre explorer yacht SCOUT (Yard number 249) designed by renowned British design studio, H2 Yacht Design. Speaking of some of the standout features on board, Jonny Horsfield says: “SCOUT has been an exciting project for the H2 Yacht Design and Hakvoort teams. The owner’s brief called for a rugged explorer style yacht intended to look like a conversion from a commercial vessel. We gave her crisp, distinctive lines and integrated forward sloping windows. We placed the tenders on the bow, leaving them exposed to add to the utilitarian aesthetic".