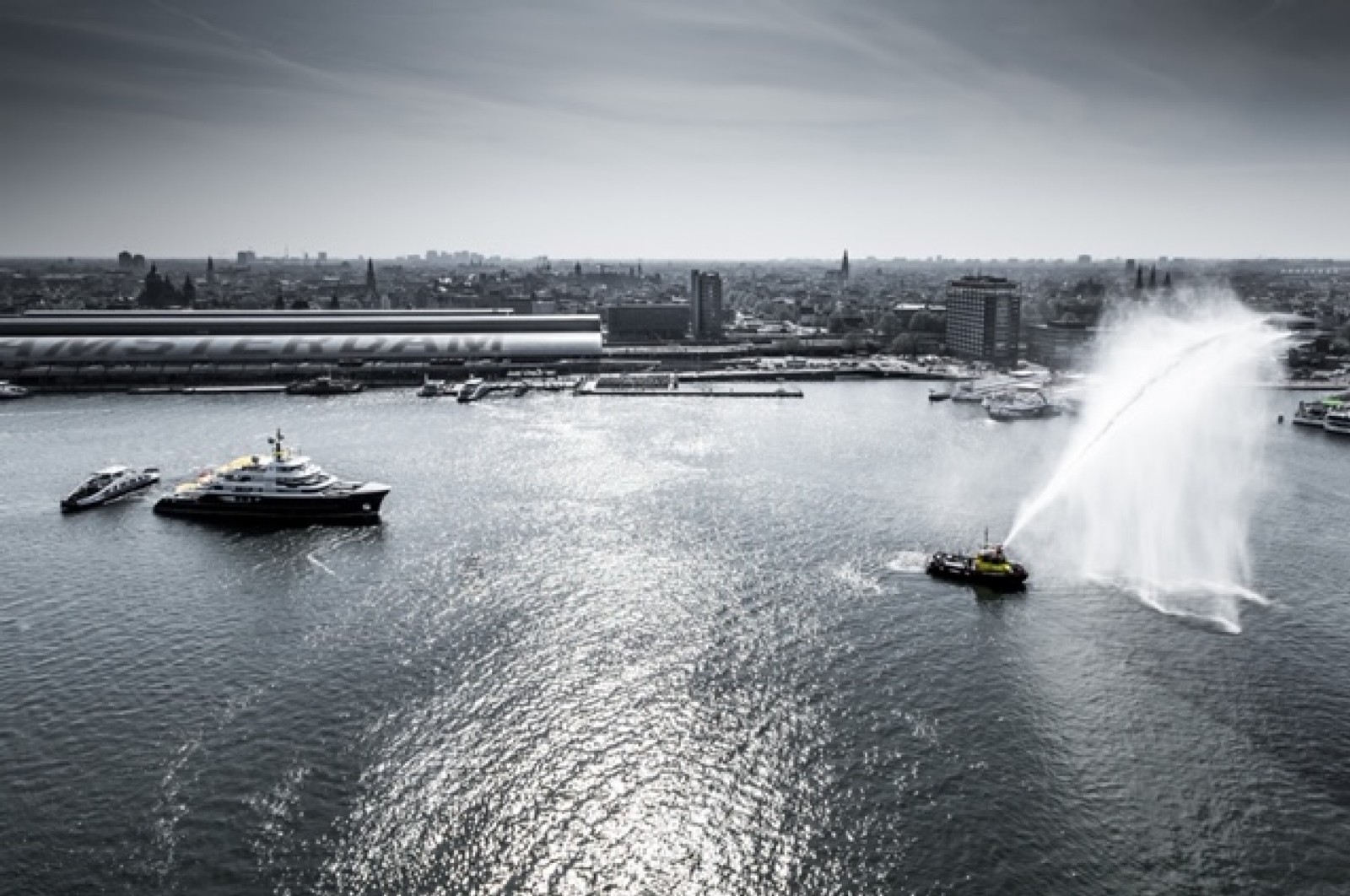 Scout left Amsterdam yesterday on her maiden voyage.  Designed for global navigation, Scout is powered by twin CATERPILLAR 3512C diesel engines with cruising speed of 12.5 knots and atop speed of 14.8 knots. She has a range of 4,800 nm at 12 knots and her Lloyds ice classed hull adds to her serious exploration attributes as a 'go-anywhere' world cruising yacht. At 1,416 GT, she is an exceptionally spacious yacht.