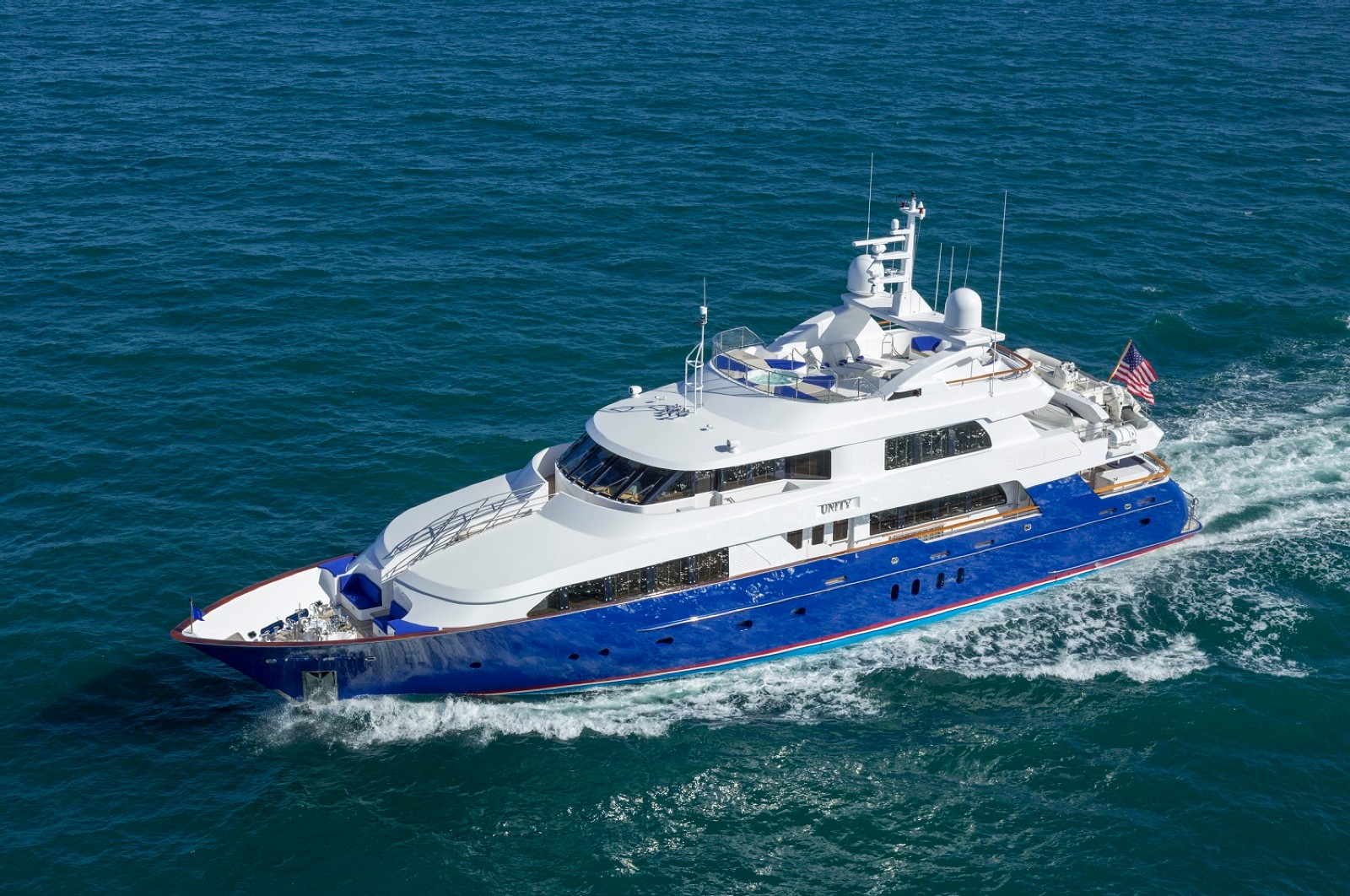 Built to a Murray & Associates design, Unity was delivered in 2003 and has had just one owner since new. UNITY has a charming layout with interior by A La Mer including a bright and airy main salon, a full beam VIP or second Owner’s stateroom on deck, a study or children’s playroom which can double as an additional stateroom. The full beam Owner’s suite, with his and her bathrooms, is on the lower deck together with three spacious guest staterooms.
Unity has shallow draft and transatlantic range and access to the water is very safe.  She is DNV classed and MCA compliant. The five year DNV Class special survey  had just been completed.

Unity is available for inspection at the Boathouse in Fort Lauderdale.
© STUART LARSEN 2020 &