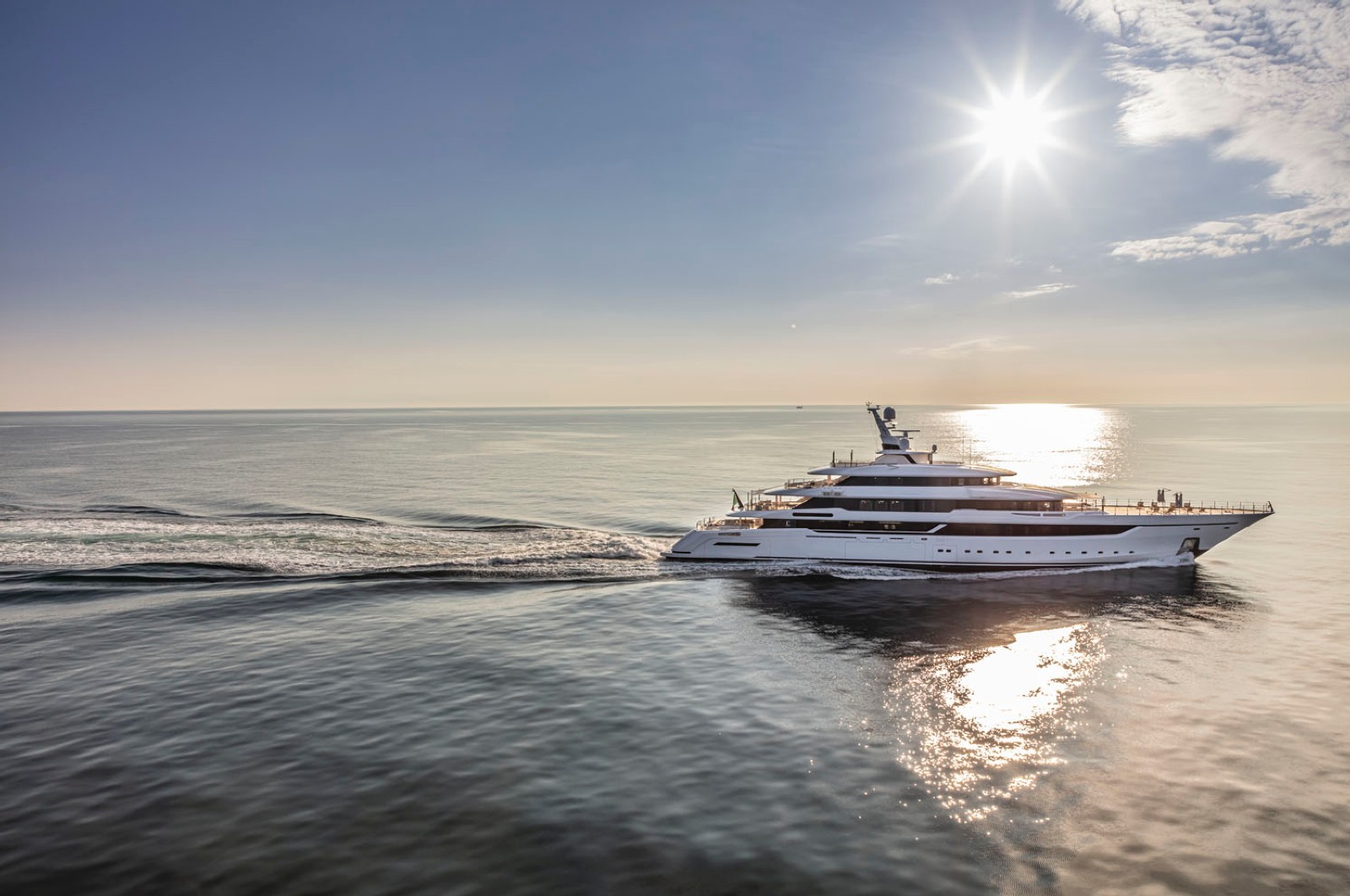 Stuart is pleased to announce the Central Agency listing of Dragon, the new 80m superyacht built by Palumbo at its Ancona facility under the Columbus Yachts brand and delivered in May 2019.

The brief for the naval architect Hydro Tec Studio specified “a classic all-white boat with a modern design and lots of windows.” Thanks to their 50 year plus experience in commercial shipbuilding, Palumbo was able to reduce the build time and, after constructing the hull in Naples, barged it to their newly acquired superyacht yard in Ancona where it was completed in 20 months. Time-saving methods included modular crew quarters, which were prefabricated and fitted before the hull left Naples.

At 79.5m and 2,210GT, owner and guest accommodations are split over 5 decks, all of which are served by an elevator, with the exception of the sun-deck. The sundeck is undoubtably one of Dragon’s highlights. It features a 7-metre, mosaic-lined pool and shaded Jacuzzi fitted into the funnel with a water blade cascade. A helicopter landing platform for an Agusta 109 or similar is forward on the main deck.
Outside living plays an important role in the design. In addition to outside seating and dining areas forward and aft, the 200 m2 beach club, enhanced by a backlit brilliant blue agate wall, includes a bar, a sauna a Turkish bath, and several relaxation and sunbathing areas.

The sophisticated interior designed with a Provencal twist by Francesco Guida is welcoming and easy on the eye. Dragon has accommodation for 14 guests in 7 cabins and the décor features brushed oak joinery combined with soft bronze or gold accents. The extensive master suite on the Upper Deck forward, has 180° views and includes a private sauna. A full-beam VIP suite is on the main deck, with four other guest suites and there is an extra guest or staff cabin on the lower deck.
The main salon and dining room feature six panoramic glass windows. The largest of these 40mm-thick panes cover an area of 10 sqm and are supported by the superstructure without additional columns or pillars.

Dragon is powered by twin MTU main engines and has a top speed of 17 knots and a range of 6,200 nautical miles at a cruising speed of 12 knots. The state-of-the-art wheelhouse was designed in collaboration with TEAM Italia, the international leader in integrated navigation systems.
A 9.5m custom limo tender built by Palumbo and a 7m tender are housed in a garage amidships on the starboard side while the crew tender and water toys are stored in side-opening compartments under the forward main deck.