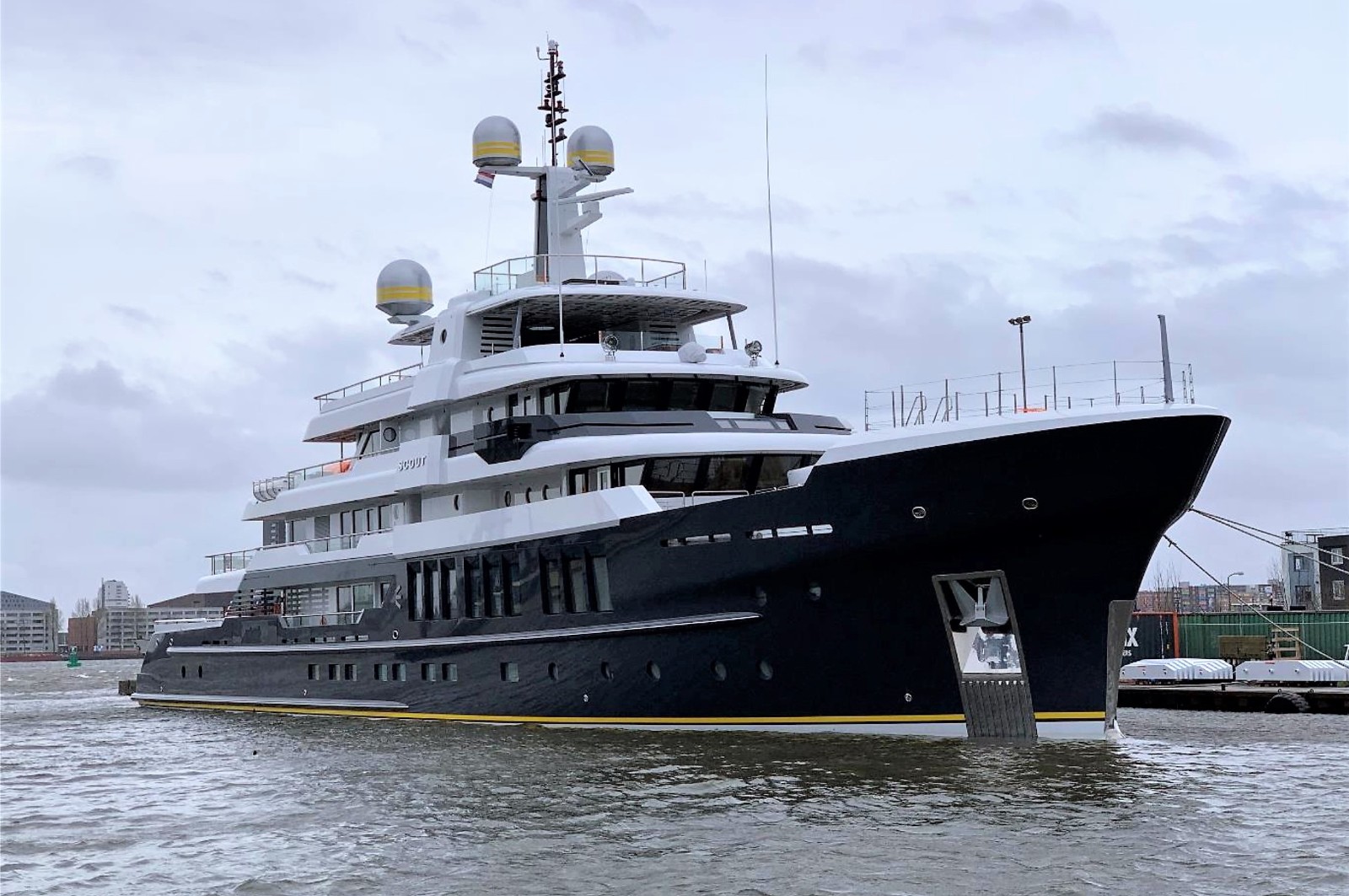 The 63m exploration yacht Scout (former project Brio) was delivered yesterday by the Dutch shipyard Hakvoort. Following her launch in Monnickendam at the end of 2018, Scout was towed from the Hakvoort facility to Amsterdam for final completion.

Measuring 63.72-metres with a beam of 11.6 metres and a draft of 3.25 metres, Diana Yacht Design is responsible for her naval architecture while exterior and interior design are by H2 Yacht Design. Speaking of some of the standout features , Jonny Horsfield said: “The owner’s brief called for a rugged explorer style yacht intended to look like a conversion from a commercial vessel. The whole design process was centered around a romantic idea of original ocean exploration and Scout's design - inside and out - really reflects that. We gave her crisp, distinctive lines and integrated forward sloping windows"
Horsfield continues. "We placed the tenders on the bow, leaving them exposed to add to the utilitarian aesthetic. There is a helideck and a forward observation lounge in addition to an expansive sun deck. She’s a fantastically unique vessel."

Designed for global navigation, Scout is powered by twin CATERPILLAR 3512C diesel engines with cruising speed of 12.5 knots and  top speed of 14.8 knots. She has a range of 4,800 nm at 12 knots and her Lloyds ice classed hull adds to her serious exploration attributes as a 'go-anywhere' world cruising yacht.